Earlier this week we completed the installation of our tongue and groove ceiling above the vigas. A multitude of T&G boards were involved in the installation. I believe we used 230 individual 1x6x16′ boards in all. The finished ceiling presents a grid of prominent vigas supporting a backdrop of clean and orderly tongue and groove boards that run perpendicular to the vigas throughout the long house. 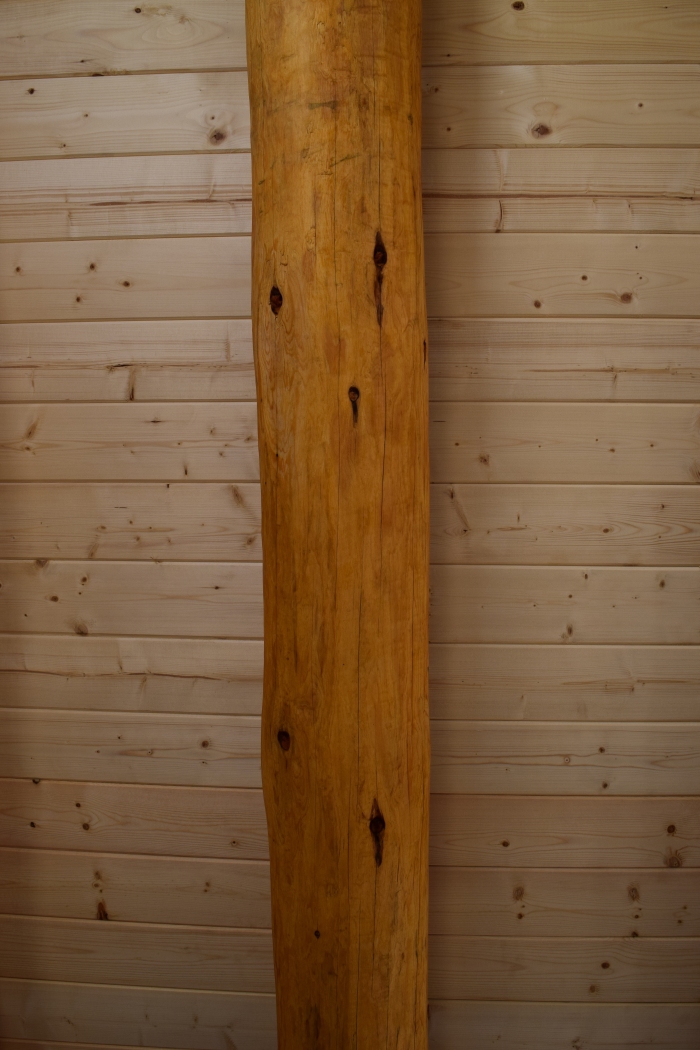 My plan when we initially started the T&G install was to strive to do as little work to the vigas as possible while not making it too hard on ourselves to fit the T&G boards together. I also wasn’t sure how many vigas each board would be able to span, given the natural irregularities in the viga surfaces. I had hoped that we wouldn’t have to make too many cuts on the 16′ boards, but it was hard to predict how flexible the T&G boards would be. I was fine with the T&G ceiling gradually rising and falling over high and low spots on vigas and across the slight differences in heights from one viga to the next.

The installation went much smoother than I could have hoped for. We ended up being able to span vigas with full 16′ boards, and we never had to cut any T&G boards in order to get them to fit together over the funkier vigas. There was almost no additional work that needed to be done to the vigas – I think I only had to use the electric planer on two of them. The T&G boards also fit together really easily. Sure, some took more finagling than others, but we generally had little frustration getting the boards to come together tightly.

After we’d finish installing boards for the week, we’d staple down a layer of roofing felt and cover the finished area with a temporary polyethylene cover (eventually, we will install a permanent polyethylene vapor barrier as the trusses go up). Given that recent weeks have been wetter than normal and the spring winds are starting to pick up, we had our fair share of frustrations trying to keep the boards covered and dry. Through our efforts, we’ve successfully been able to prevent any weathering or damage to the T&G boards. 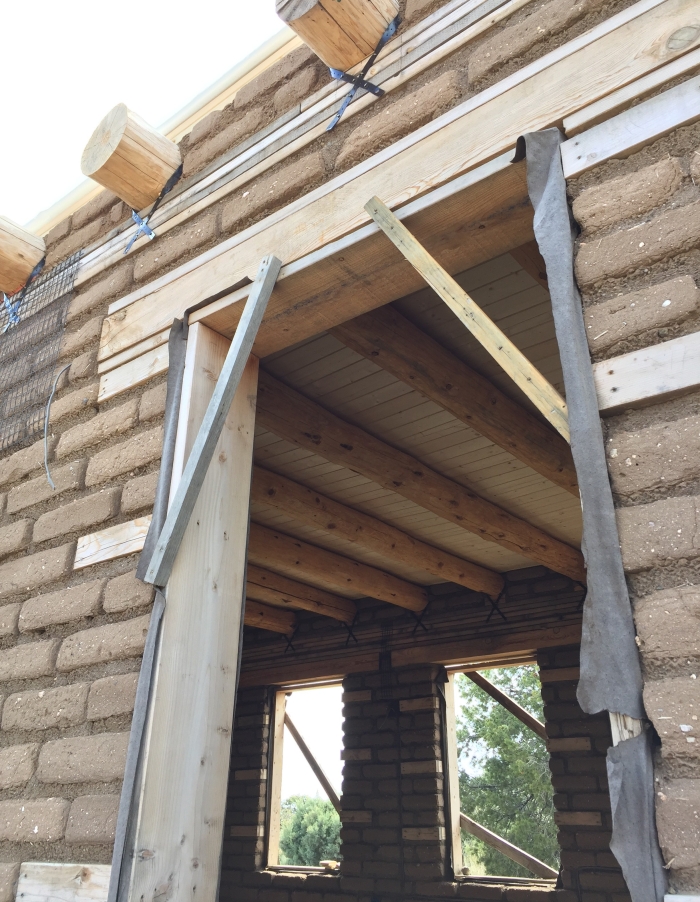 I am able to more fully realize the interior spaces within the house now that we finally have a top on the house for the first time. With the ceiling on there is an increased sense of enclosure, and coming into the house feels like going inside. No longer does the ample New Mexico sunlight pour through between the vigas. To my surprise, and perhaps counterintuitively, the interior space seems to feel bigger with the ceiling in place. 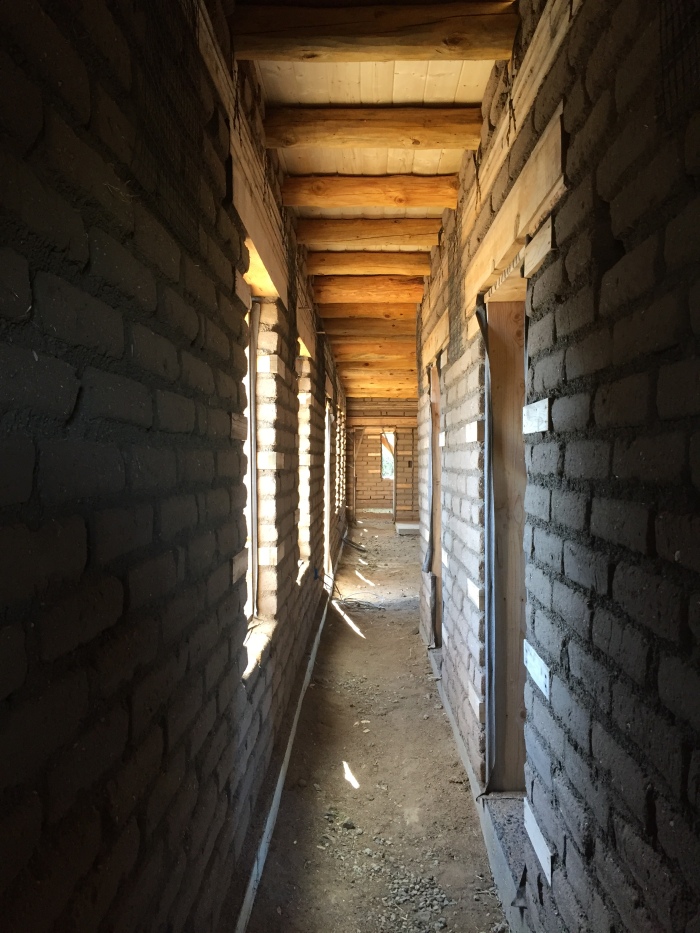 Now that the ceiling is in place, we’ll be assisting the electrician with some wiring prior to putting the roof trusses up. Wiring above the ceiling will obviously be much easier  before all the roof members are in the way. Once the wiring is completed we’ll begin installing the trusses.

View all posts by visioncreationadobe

5 thoughts on “Tongue and Groove Ceiling”